If you want to fulfill your potential then an NLP Coaching for Personal and Professional Growth session is for you.

You probably already know that the single most important part of achieving success and getting the Life you want starts in your mind. We all want excellence in our lives. NLP or Neuro-Lingstic Programming is the study of success. Neuro refers to the mind, Linguistic is the language and programming is the processes of the mind. Essentially, it’s the Language of the mind.

Many people live their lives unaware, constantly finding exuses and reasons as to why they are not able to succeed in their careers and in life. Not seeing how their attitudes, beliefs and emotions are molding their lives into greatness or into failure. When using NLP Coaching for Personal and Professional Growth you can begin to improve the quality of your life. With Neuro-Linguistic Programming you will get the knowledge and experience to achieve your professional and personal goals, create better relationships, improve leadership skills and achieve your greatness. NLP is fast, effective and has lasting results.

Neuro-Linguistic Programming is a powerful way to to tap into the expanded zone of EXCELLENCE where ideas, inspiration, and living in your power flow freely.

Benefits of a Neuro-Linguistic Programming Session

It’s up to you, if you want to continue to do the same things the same way, not getting the results in life you desire. Or do you really want to LIVE your potential?

Contact me now for your free 20 minute consultation and/or schedule an appointment that can change your life.

Many people come to me because they are seeking MORE in their lives. Oftentimes they may be feeling unhappy, stuck, confused, or in a constant state of anxiety, enjoying only the smallest portion of their greatness. Living out the same experiences over and over again, repeating the same old patterns, limiting beliefs and downright not feeling empowered. Maybe this sounds like someone you know. Maybe it sounds just like you. It’s not so much that you can’t do it yourself, it’s just sometimes we require a push in the right direction.

All of my private Energy Healing Sessions that I offer are a combination of Crystal Reiki, Energy Healing, Shamanic Techniques and Personal Growth Coaching. Each session is uniquely tailored to each of your needs so that we can empower and support you in creating a better life for yourself.

What does it require? Belief in yourself and Enough to take a chance.

I encourage you to contact me today and take your first step by either scheduling a free consultation or booking an appointment.

All sessions are available in-person in Chiang Mai, Thailand and through Skype worldwide. Please note Skype sessions will recieve an mp3 recording of the session for reinforcement and review.


*Energy Healing, Reiki, Shamanic Healing, NLP, and Crystals are not a substitute for prescribed medical treatment.*

Bringing you back to a place of wholeness.

Neuro-Linguistic Programming also know as NLP is the study of excellence. Utilizing the language of the subconscious mind to release, re-program and empower negative belief systems, limitation, repressed emotions and unwanted emotional triggers. NLP is the optimum way to access and expand excellence in your life, improving relationships, empower your goals, and LIVE from a place of power.

Crystal Reiki is a combination of Reiki, and Crystal Healing. The core of this work is to get to the root cause of our imbalances in one’s life including physical, emotional, mental and spiritual. Reiki is there to harmonize, balance the and relax the energy system. Crystals are placed on the seven energy centers (otherwise known as the chakras) and are used to address specific concerns such as emotional clearing, lack of energy, heart ache, clearing the auric field of any debris such as stress, others emotional energies and are in essence a holistic healing modality as they can address the physical, emotional, mental, and spiritual aspects of the individual.

Through willingly giving a part or parts of us away, through any physical, emotional, spiritual trauma and/or dis-stress a part of us can decided to separate and fragment off, becoming stuck in that moment. In order to cope, it’s if that part continuously plays on repeat the same experience over and over again like a background noise in our lives. Playing a huge part in the experiences we choose in life including love, career, family, habits, fears and our overall sense of well-being. The individual may feel that there is something ‘missing’, a feeling of emptiness,feelings of anxiety, disempowered or just plain feeling stuck in the same patterns over and over again.

Benefits of a soul Retrieval

Entities do not attach on their own. There is always an agreement between the person and the entity. That agreement in the most part is fear or anger based accessing the persons energy system through these particular vibrations. Also, they can also attach themselves through abuse/use of mind-altering substances such as drugs and alcohol, as the auric field will often become compromised, attracting these lower energies.

The goal of the entitiy is to drain the life essence of the person. When suffering from an entity attachment the individual may feel depleted, ‘eternally’ stuck or confused, unwarranted feelings of anger, sadness, anxiety and fear.

Some Symptoms of an attachment:

Is a holistic healing therapy that addresses the physical, emotional, mental, and spiritual aspects of an individual. Crystals naturally emit an EMF or Electromagnetic frequency that have an affect on the human system. Crystals and crystal combinations are placed on the seven major chakras to affect change in the auric field by dissolving, directing, empowering, re-energizing, clearing blockages, and bringing the aura back into balance.

Things to do in Chiang Mai…The Healing Journey

There is so much to do in Chiang Mai.  One of my favorite things to do in Chiang Mai is to take in the all the healing modalities that are offered here.  As an Energy Healer I’m very interested in Alternative forms of healing.  Living in Chiang Mai I’ve been lucky enough to meditate in Buddhist temples, get acupuncture, Ayurvedic healing and connect to myself in the process.

Things to do in Chiang Mai, try acupuncture.

We all have our healing journey and most of us require a little assistance along the way.  When I was living in the United States I went Acupunture weekly.  For the first few months,  I had trouble finding an Acupunture place until I found Mungkala Acupunture Clinic located in the Old City.  The first initial visit is a consulation with the doctor and then you’ll recieve your acupunture treatment, which lasts about 45 minutes(they also give a bell to tap on if you need their assistance).

When I first made an appointment here I was 45 minutes late.  Not because I was running late but because I was dropped off right past it and ended up running up and down the street looking for it.  Going to Ayurvedic clinic is one of my other favorite things to do in Chiang Mai.  The owner is very sweet and it turns out she used to live near me in Los Angeles.  They offer a ton of healing servies from Colonic Irrigation(A.k.a. Colonics), Massage, Ionic Foot bath and much more.

So this place has been one of my most recent discoveries in Chiang Mai and was recommended to me as one of her favorite things to do in Chiang Mai.  It’s at Absolute Health Care and it’s called Quanutum Energy Reading.  This literally tests your energy as you are hooked up to a machine for 30 minutes and it tests your bones, organs, sugar, blood pressure, etc. Literally it checks more than you could ever even think of .  It’s very accurate and you get an hour consultation with the doctor afterwards and they inform you what lifestyle changes are required and any supplements/treatments that are needed to get you to a place of optimum health.  They also offer chelation, liver cleanses and much more.

One of the newest Things to do in Chiang Mai are from yours truly.  After moving to Chiang Mai, I continue providing healing work in-person and via skype.  So what I do is little different as I work with the spirit of an individual.  Essentially, I’m an Energy Healer seeing where you are blocked,  assist you in getting your power back,  releasing any picked up any negative energies that need to be cleared and bringing you back to place of excellence.  It’s about remembering the healer within…YOU.  Also offered are classes in Crystal Healing, Reiki, and Crystal Reiki Training.

There you go.  Some of my favorite things to do in Chiang Mai. 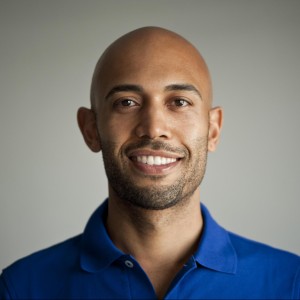 Throughout each day, our aura comes into contact with people, places and things.  And as the day progresses we gradually pick up ‘pyschic dirt’.  This process is akin to working the entire day, accumulating physical dirt and coming home to take a shower.  What would happen if you never took a shower?  Treat your aura the same way.

I’ve found through my experience, working with clients and my daily psychic hygiene that there are many different ways to clear the aura.  Some are more effective than others, and it’s my goal here to provide you with what is the most effective.

Each of these techniques can be practiced daily or whenever you feel guided.  For those that are more sensitive (i.e. empaths,healers, psychics,shamans) there’s a responsibility to keep the aura free and clear of debris so that one does not get bogged down by all the”schmootz”. That is why cleansing the aura is of the utmost importance.

Each day when I wake up and when I get home.  I sage myself. This is my go to step for cleansing the aura. Sage has been traditionally used for clearing space, but it also works well for nullifying any unwanted energies in your energy field.  I suggest buying a sage spray as its the safest and works just as well as the smoke.

I usually take 20 to 40 minutes in the evening or as you feel guided, using a 1/2 a pound to a pound of either epson salt, scented bath salt, or himalayan salt.  I’ve found that the salt really clears any unwanted energies off the aura.  If you’re pressed for time, don’t have a bath, or don’t like taking baths.  Try using the salt all over your body during a shower.

Who would have thought that sound would work, but it does.  I love genuine tingsha bells(the fake one’s have a’tinny’ sound  to them).  In addition, real tingsha bells are made of seven different metals.  The bells help to re-align the chakras and at the same time creating waves of sound carrying out any disharmonious energy.

There are a plethora of ways to keep the aura free and clear of debris.  These are the few that I’ve found the most effective.  Try a combination of these techniques or one at a time and find what works best for you.

Remember, a clean aura is also refelected in the physical.  So treat all of you with love and care.

Visiting Angkor Wat was an amazing experience. We chose to do the 3 day pass but were only able to make it for two days. In the morning, at 5:00 a.m., we left for Angkor Wat at Sunrise. When we arrived it was still pitch black and we needed flashlights to light our way.
We waited. There were people all around us, each of us holding our positions to take the best shot.
When the sun began to rise, each of our cameras seemed to pick up more and more of Angkor Wat, temples forming with the light shining from behind.

Enjoy the video. It was well-worth the journey.